A stainless steel bottle opener that doesn't crimp the caps

As part of our “Build-a-Brand” project during my training program at Anheuser-Busch, we were tasked with creating branded packaging and promotional items for the launch event. Bottle openers were a natural choice for the event and something I’d been wanting to design for a while. Aside from being aesthetically attractive, I wanted to create an opener that wouldn’t crimp the bottle caps. From an experiental perspective, there’s something very satisfying about the caps just “popping” off.

With the mechanics figured out, the rest of the design process was pretty straightforward (and very time-constrained). Keeping things simple, I went with a size and shape similar to a credit card, to be cut from sheet metal stock. Since the openers would be handed out to top executives at the company, I selected thicker stainless steel stock to provide superior rigidity, a nice weight in hand, and long-term durability. As the necessary cutting operations were all in 2D space, a waterjet cutter made perfect sense. After mocking up the design in Inkscape, I exported the cut file as a .dxf, and found a friend with access to a student shop.

After cutting out the first few openers, I discovered that the thicker stock was actually a little too thick to get under the edge of the bottle cap on bottles with tighter crimps or irregular neck profiles. With a few quick measurements, I pulled together a jig, and milled out half of the material thickness around the opener’s functional geometry using a ball end mill. To finish things off, I hit each opener with a wire wheel buffer to bring the surface to a nice marbled sheen. Our final project presentation went great, and the openers were such a big hit that a few execs were pocketing extras to share with friends. 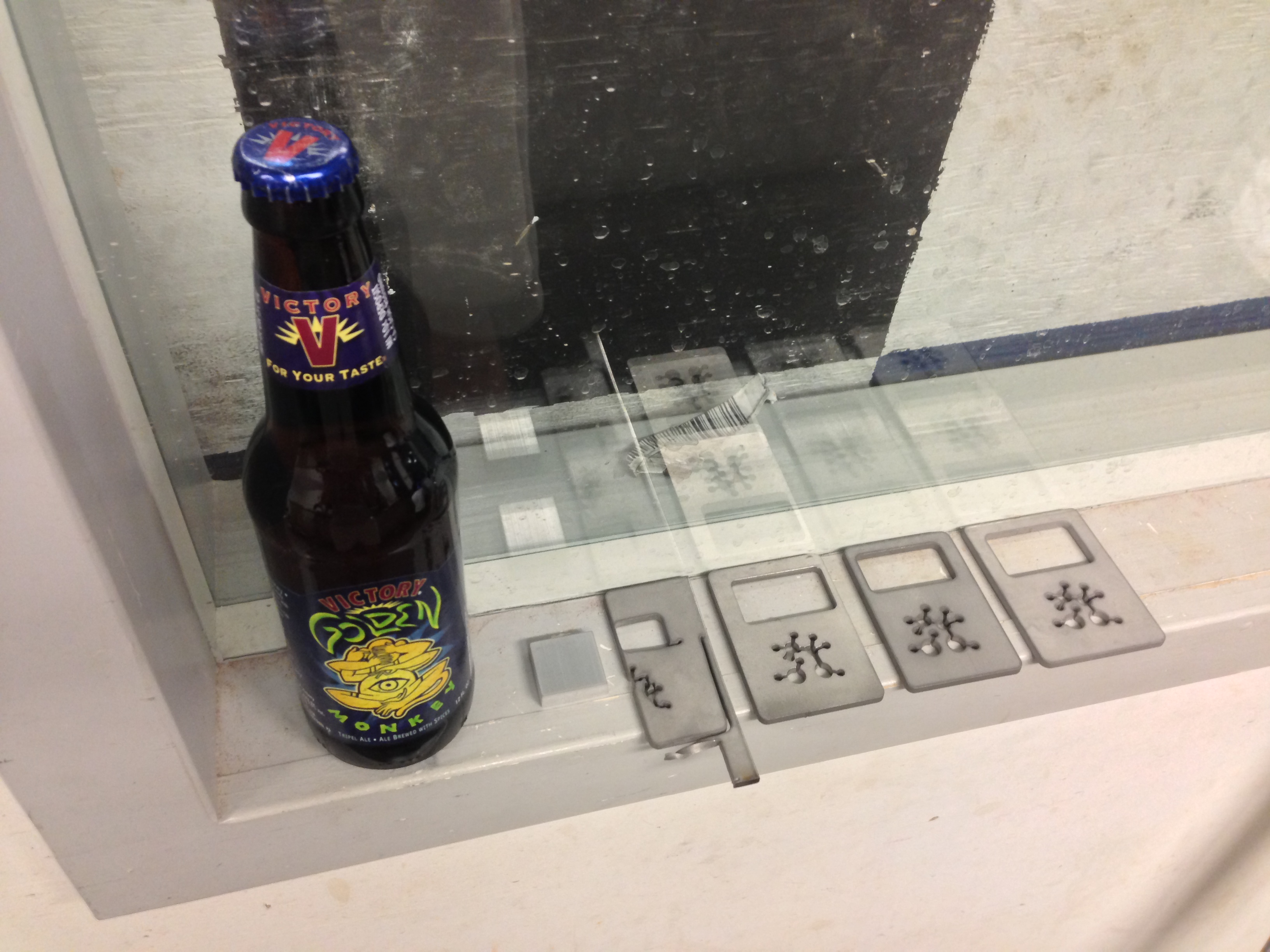 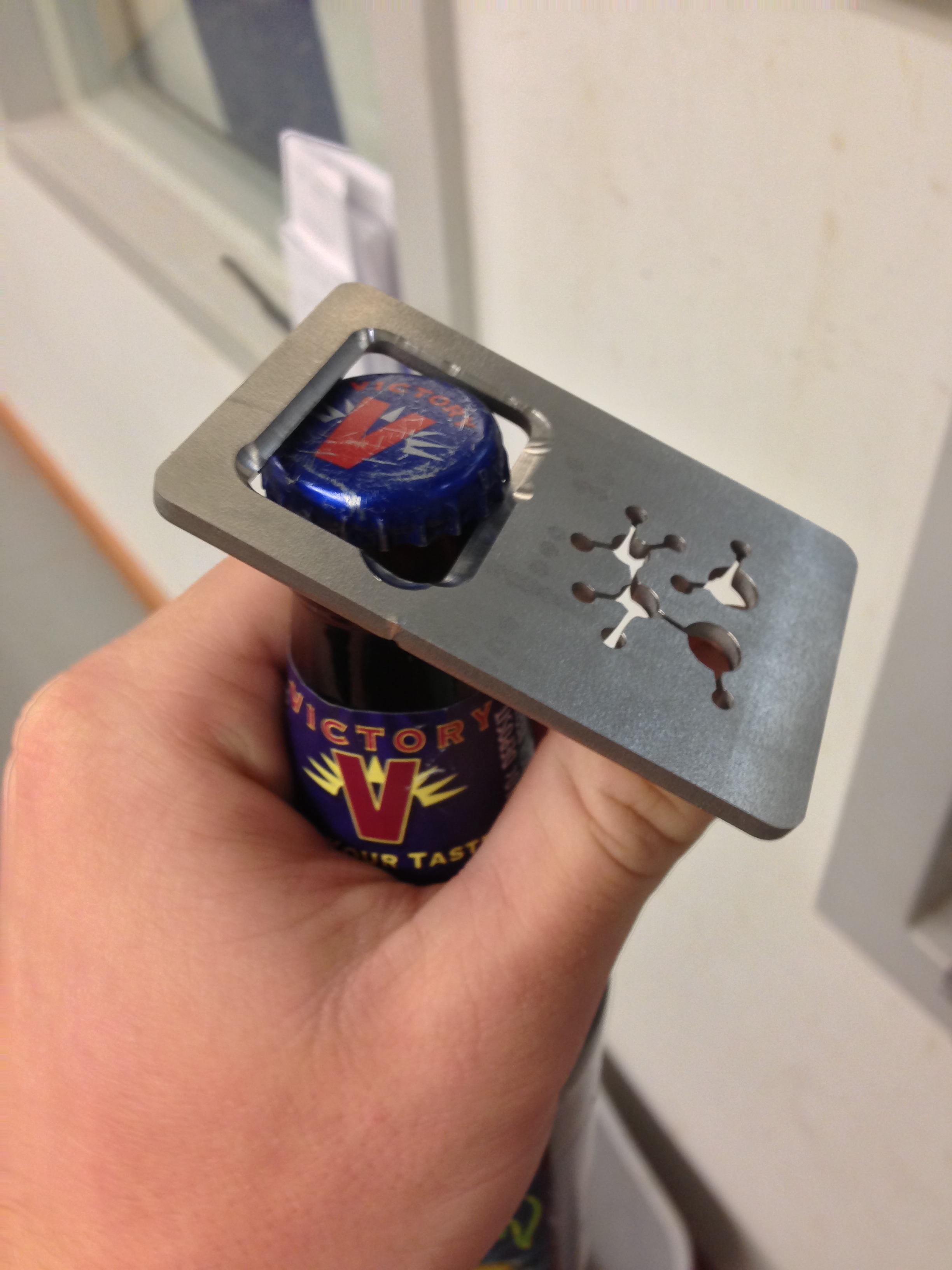 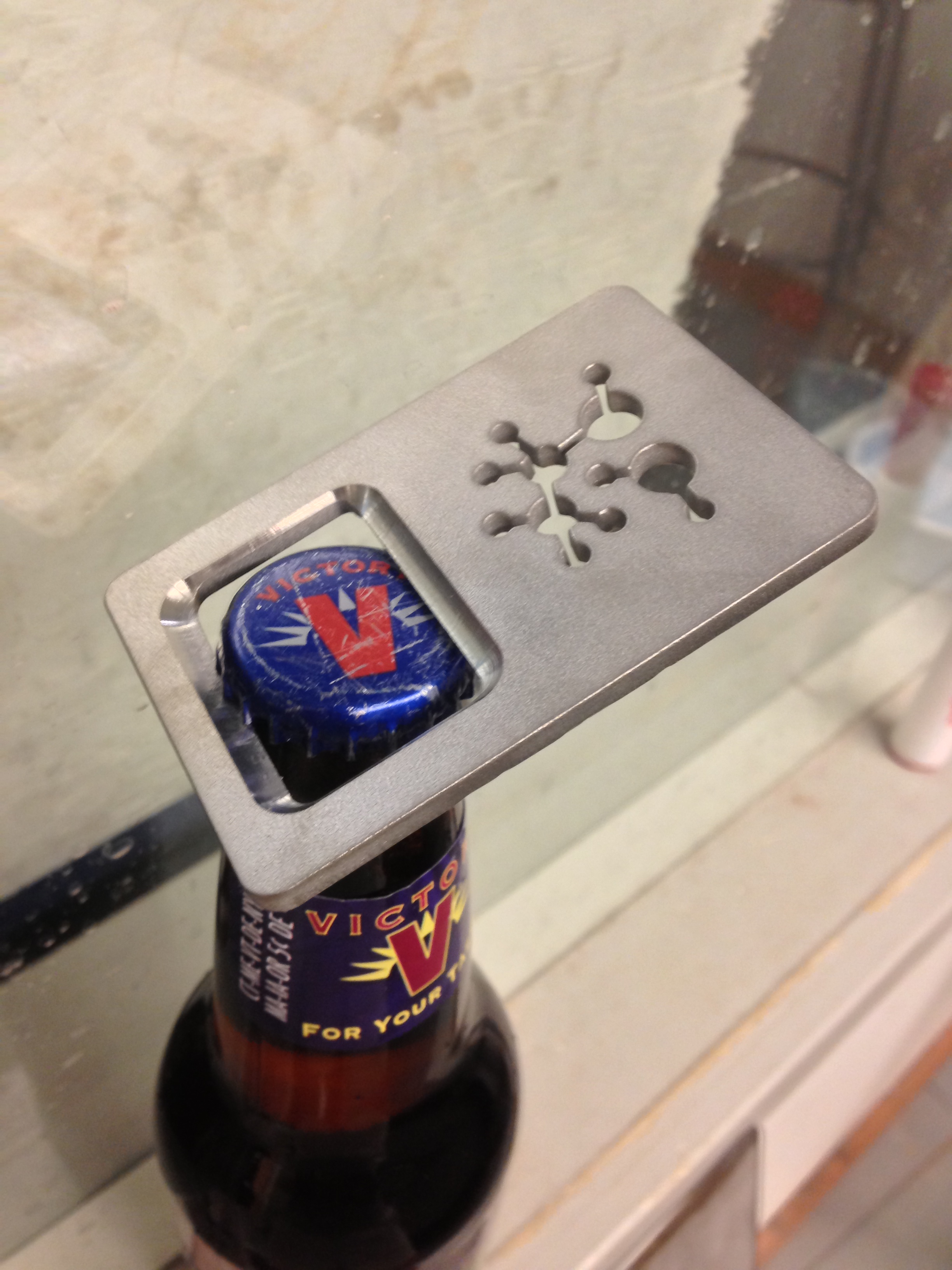 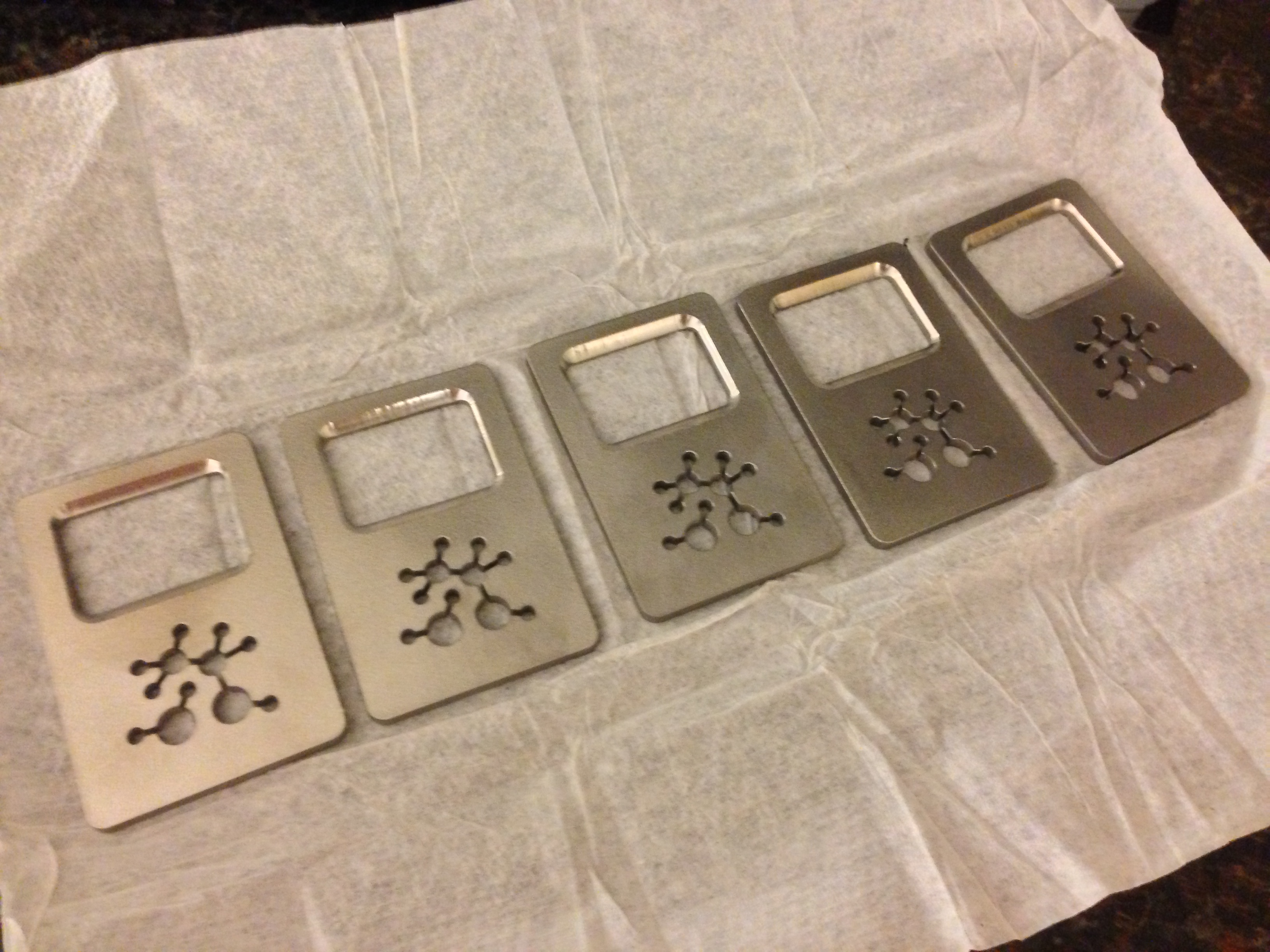 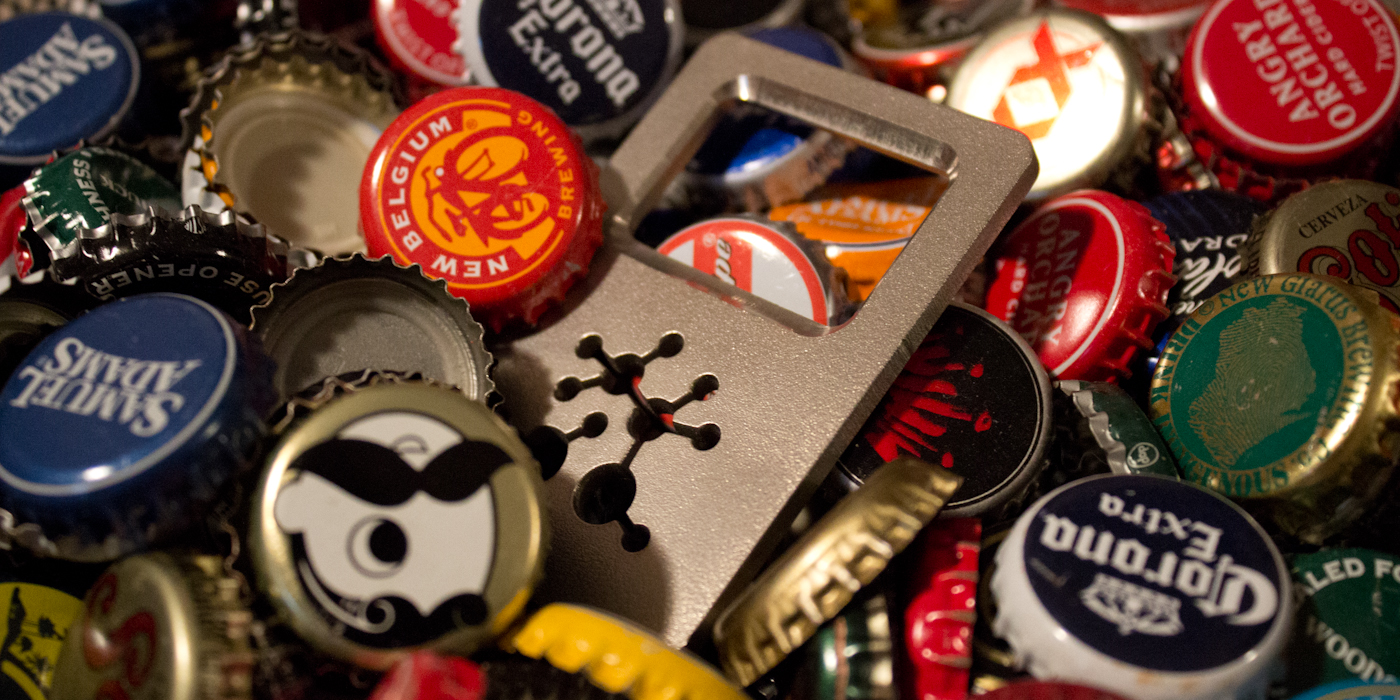