This is an example of a product design that may not be particularly useful to most people, but is incredibly useful to the few for which it’s designed. The target audience? People who like to keep their various credit cards, transit passes, and driver’s license loose in their pockets. And people who like to keep house keys, mail keys, and car keys all on separate keyrings. My girlfriend is guilty of both, and, as various keys and cards would go missing for weeks at a time, often forgotten in a jacket pocket somewhere, I finally decided to do my part to help out.

The concept is pretty simple - if you’re going to carry all of that stuff loose, at least have an established place to keep it all together when it’s not in your pockets! This card and key caddy design keeps that simple. There’s a card slot that lets the cards poke out the top and leaves enough wiggle room to easilly sort through them. And there are three key hooks, providing plenty of room for mail keys, car keys, and any other keys that turn up. I turned the hooks relative to eachother to make it easier to fit three sets of keys in the width of a credit card. 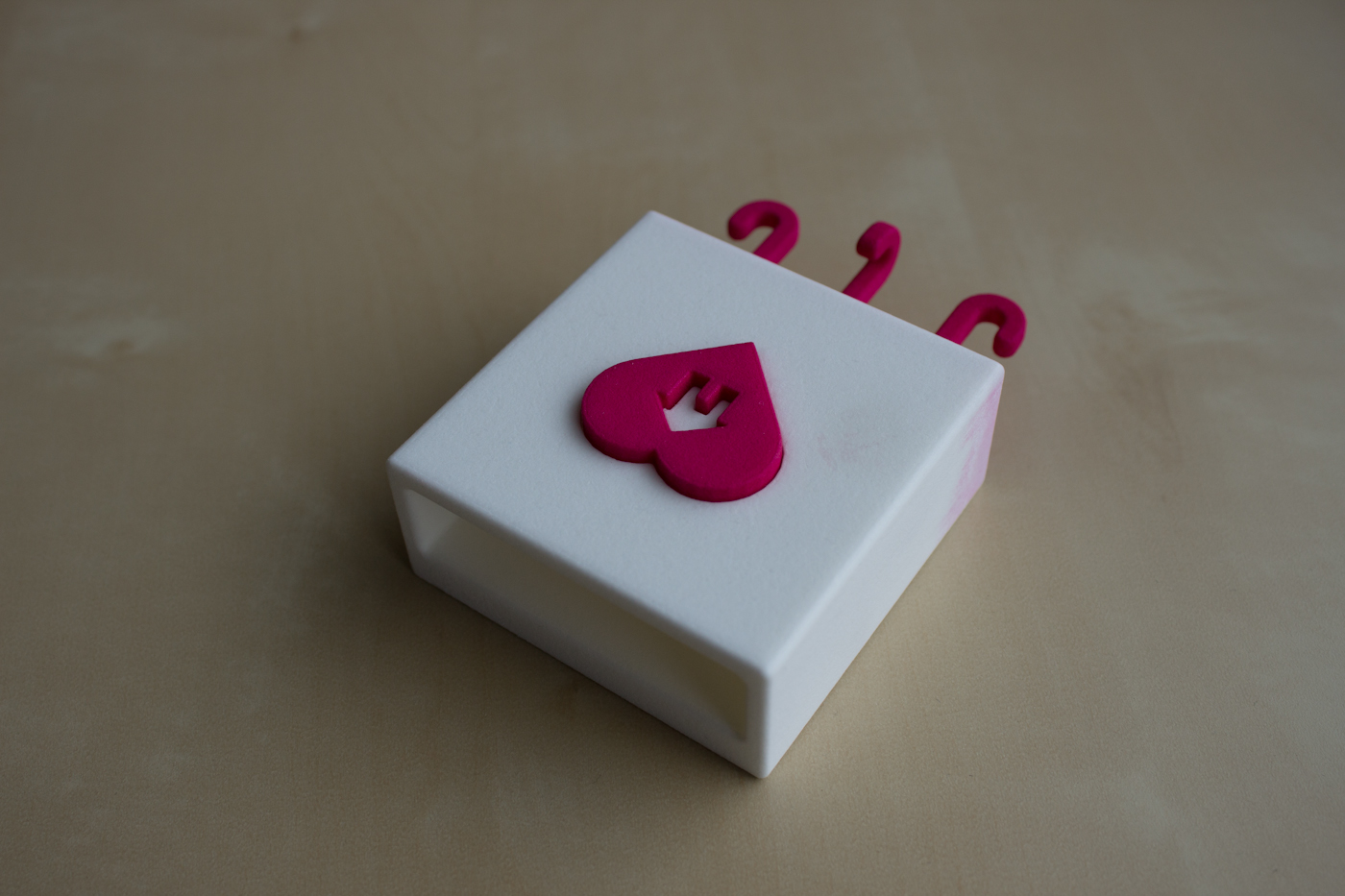 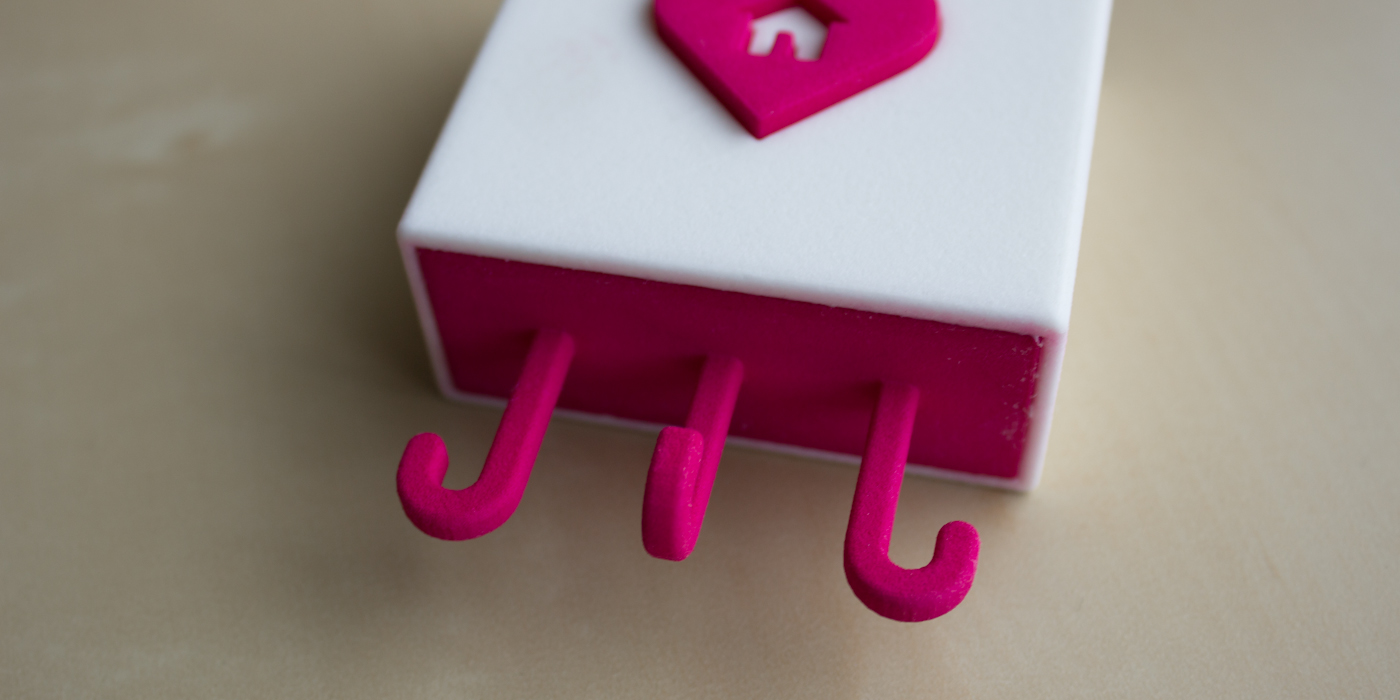 The production process for this piece was straightforward. After finalizing the digital designs, I exported the .stl files and uploaded them to Shapeways. The product consists of three pieces: the main body, the heart inlay, and the hooks. All were made out of nylon on an SLS 3D printer, while the latter two were additionally died, before all were finished with bead-blasting. Assembly was strightforward, as I simply used wood glue and clamped the piece together until they set. Although I designed nail/screw slots into the back, we ended up using 3M command strips to mount the caddy next to our door, without putting holes in the walls of our apartment. 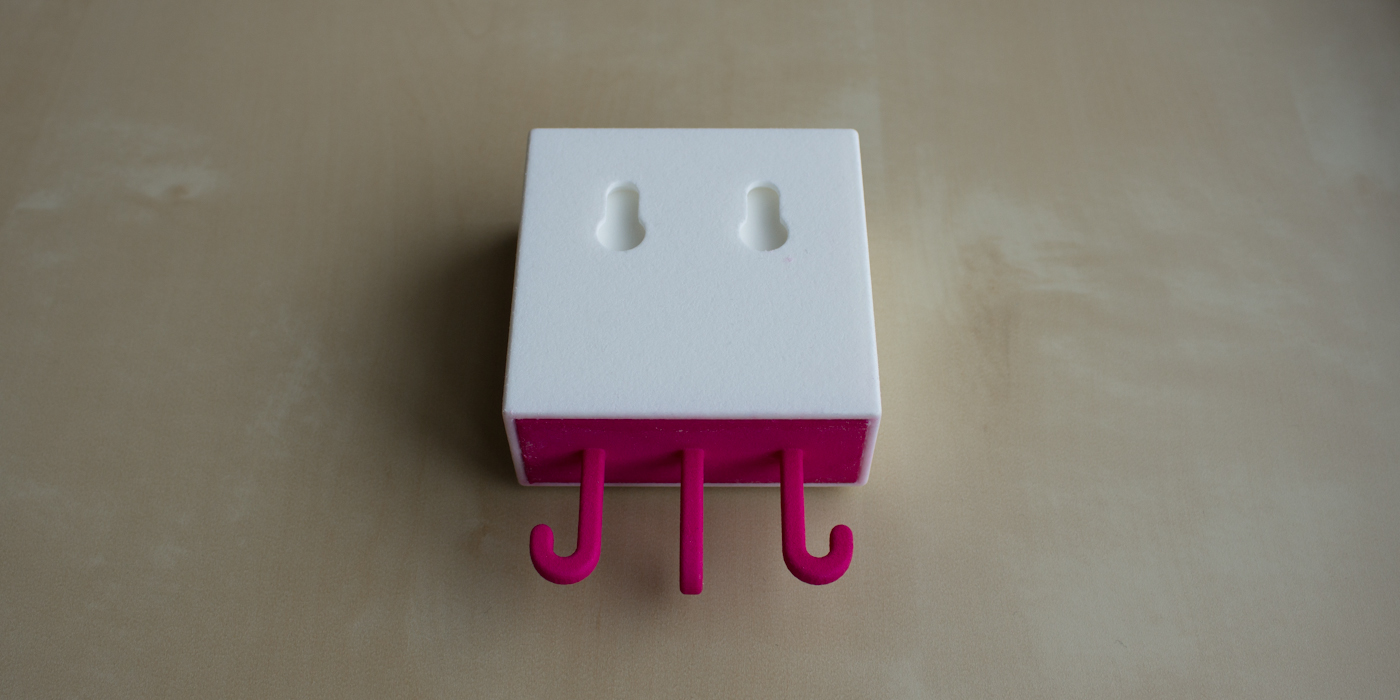 The caddy has now been in use for over a year and a half, and continues to see daily use in our new apartment. Although cards and keys still occassionally go missing, those occurences are much less frequent than they used to be. 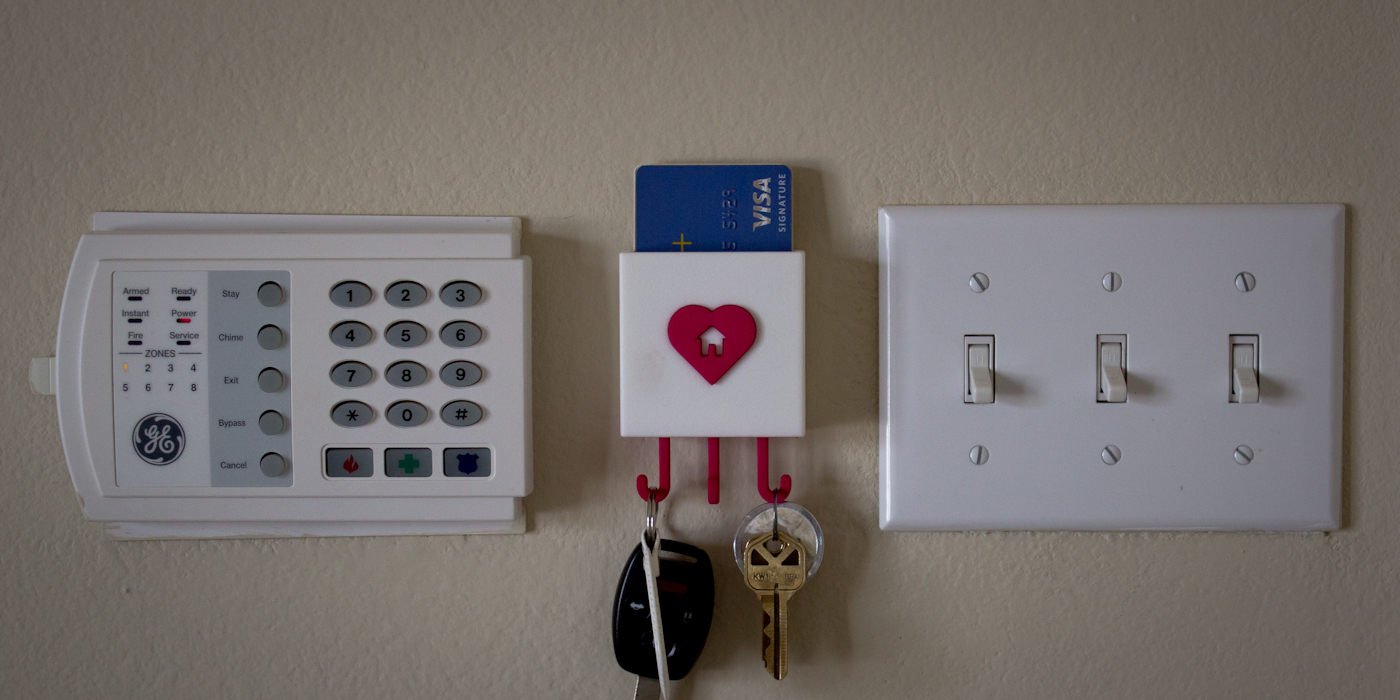