From classroom project to shipping product

As a lifelong athlete, I’ve suffered my fair share of concussions. Most were pretty obvious to me and everyone around me. But my last concussion in college was different. It was just a typical wrestling practice. The room was hot, we were drilling hard, and, although I was starting to feel dizzy and nauseous, I just figured I was dehydrated. As the end of practice neared and I started struggling to get back up off the mat or string sentences together, I finally too late what was happening.

Through the ensuing hospital stays and months of painful recovery, one thought stayed with me: I couldn’t pinpoint a single big hit that had caused my concussion. As far as I could tell, it was simply the result of an unknown number of smaller hits (and perhaps my prior history of concussions). But even though my injury couldn’t have been completely prevented, I felt that, with the right sensor technology, it could’ve been caught sooner, saving me from additional hits.

The next semester, as I was getting back to a full course load, I had a class called 2.671: Measurement and Instrumentation. A core part of the course was the “Go Forth and Measure” project. With a cabinet full of sensors to choose from, we were instructed to pick some part of our daily life to measure and report on. My pick was a no-brainer: head impacts in wrestling.

I strapped an array of accelerometers to my headgear, and, much to my parents’ chagrin, headed back to the mat to gather data. And what I mesaured supported what I had experienced. Wrestling wasn’t registering any particularly massive hits, but I was being exposed to numerous smaller head accelerations. And many weren’t caused by direct impacts. 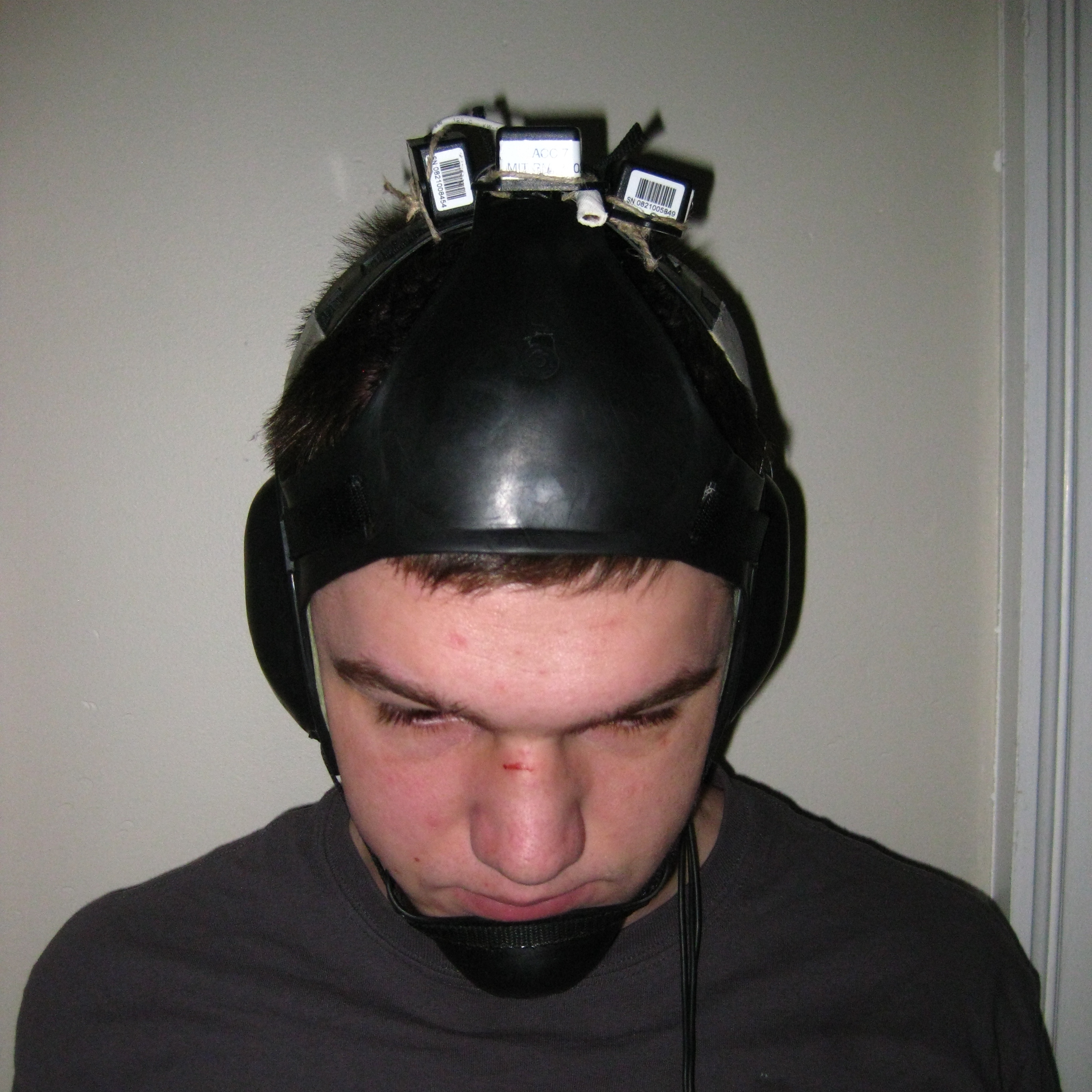 I knew I wanted to develop a product based on these findings to help prevent other athletes from experiencing what I had. But there were a few hurdles in the way. After the injury forced me to drop classes the semester before, I needed to focus on graduating on-time. I also wanted to save up more money to be able to self-fund development. And the product concept seemed too early relative to the public’s level of concussion awareness.

After getting my degree and working for a year saving up money and learning as much as I could in my management training program, I was ready to take the plunge. I quit my job and began work on developing the product I’d dreamt of. The concept was fairly simple: put an app-connected accelerometer in a small package that works with athletes’ existing head-worn equipment. The unit would track and record all impacts of all sizes, providing alerts for big hits, while also aggregating smaller hits into trackable aggregate statistics.

Before beginning any development work, I sent in an application to MIT’s Venture Mentoring Service, and, upon acceptance, started meeting regularly with my assigned mentor team. These dedicated volunteers proved instrumental in guiding my efforts in the right direction and continue to provide invaluable advice to this day. The program’s emphasis on near-term action and continuous measureable progress helped to keep me focused and motivated, laying the groundwork for my venture’s continued success.

The first desktop prototypes were built using breadboards and evaluation boards to develop basic functionality while testing the performance of different hardware configurations. As the design was refined, I transitioned to short-run custom printed circuit boards. To save on production costs, I populated the boards myself, using solder paste stencils, tweezers and magnifiers to help me place components, and reflowing them with a cheap hotplate from Target with sand in the bottom to produce more even heating. 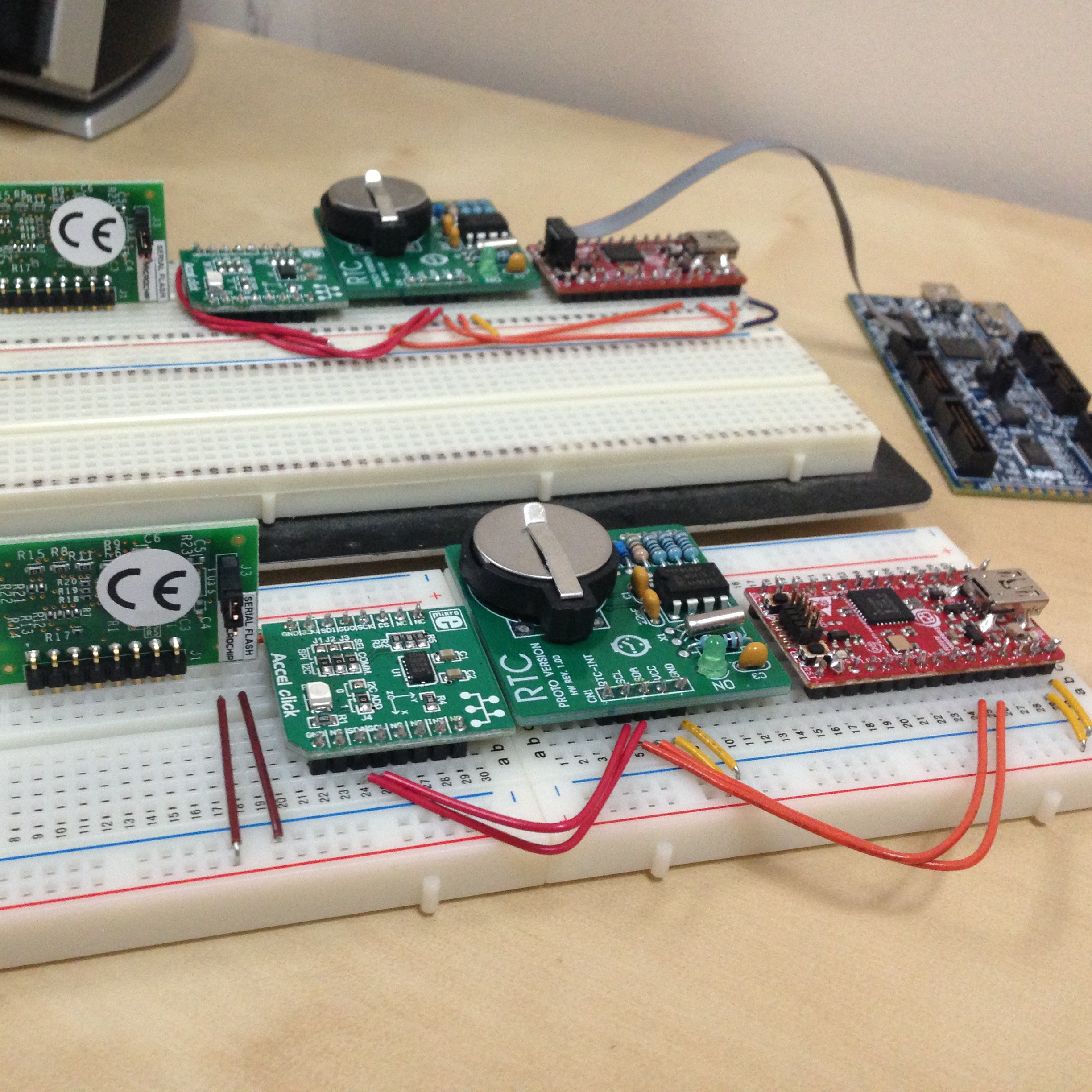 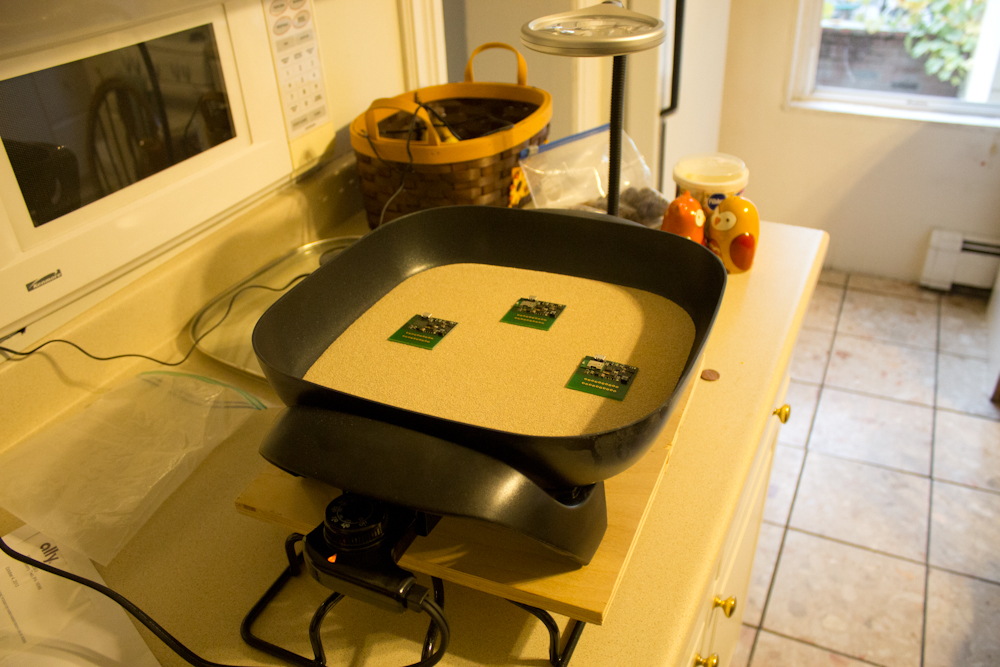 These prototype boards were small enough to start placing them in 3D printed housings, allowing me to better test different form factors and mounting methods, while evaluating performance in real-world applications. At this point, the product was real enough to begin putting together a team and a real company around it. In a quick few months, I incorporated the company, brought on a co-founder, received funding from Arch Grants, and began the MassChallenge accelerator. 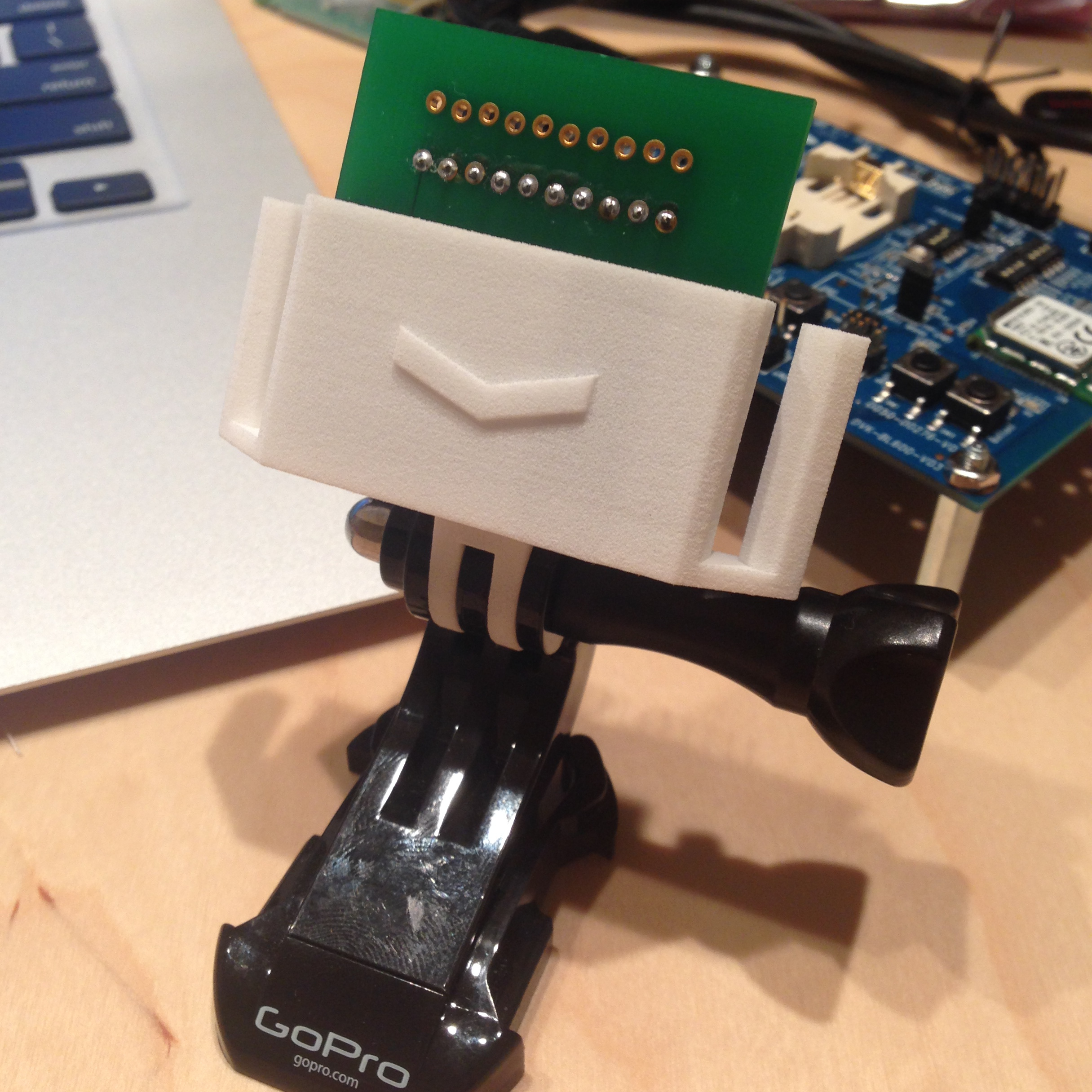 During the accelerator, we focused on getting the product design production ready, while putting in substantial preparation work for our Kickstarter campaign. We launched the campaign near the end of the program, and, after a massively succesful first day, spent the next month grinding our way to our funding goal, which we reached the day before the end of the campaign. 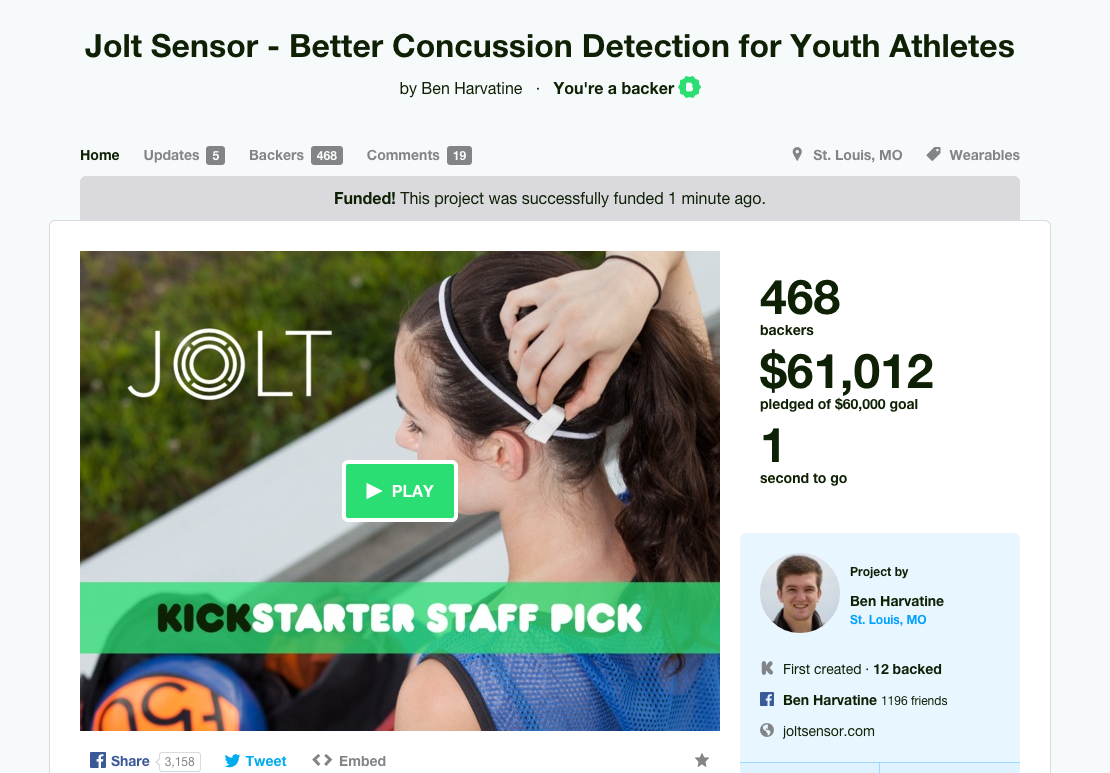 Following the conclusion of MassChallenge, we relocated to St. Louis full-time as part of the stipulations of the Arch Grants funding we received. There we quickly found local manufacturing partners and set to work making final adjustments to our production design to minimize costs and complexity as much as possible. With our enclosure design locked down and tooling for the injection molds underway, we were fortunate enough to be accepted into the Sprint Mobile Health Accelerator, powered by Techstars, leading us further west to Kansas City. 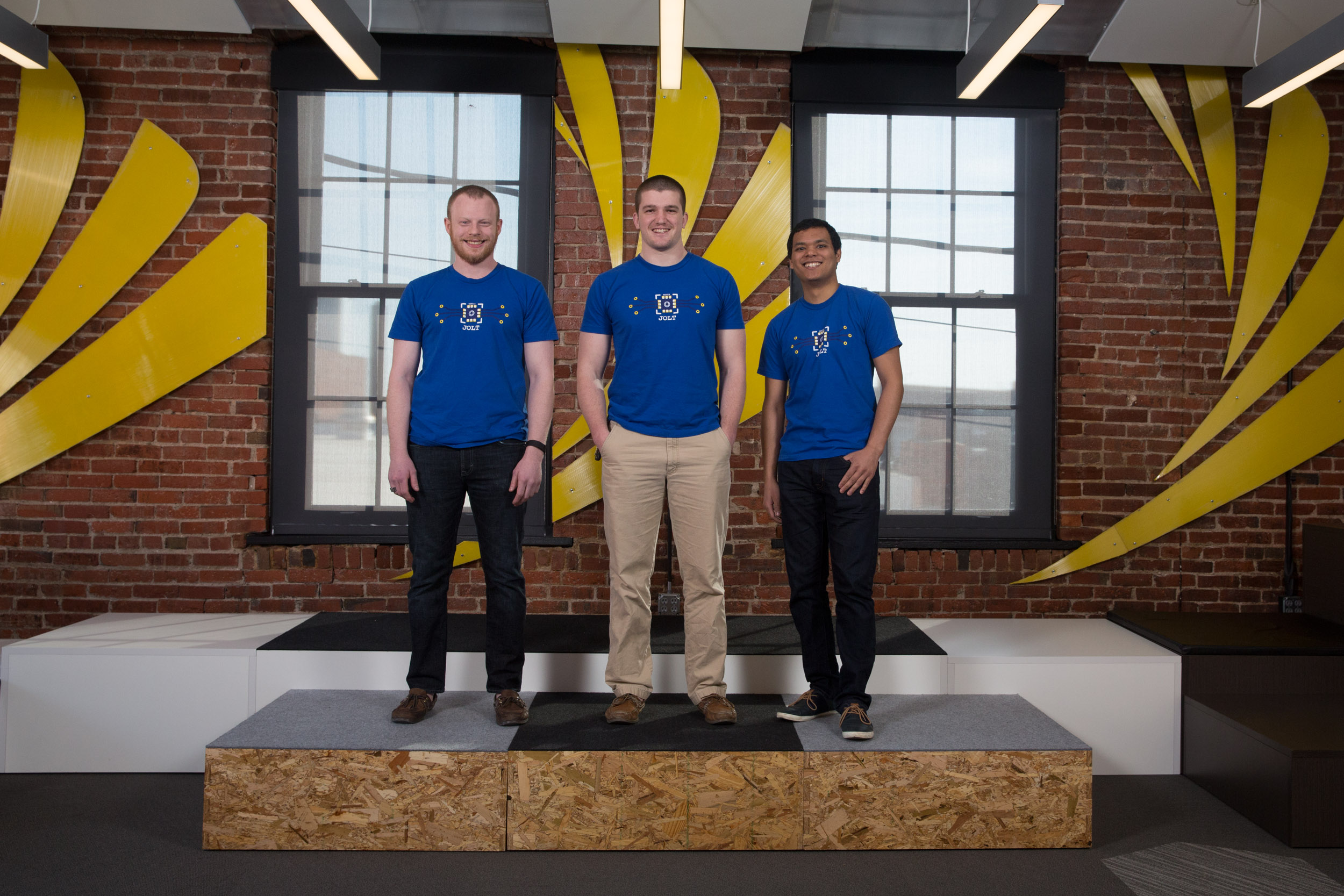 This was the perfect setting for our next phase of development, as we continued to refine software functionality and the user-facing app. With a network of hundreds of mentors to call on, as well as local partners in sports and healthcare, we had sources of continuous feedback for product development. As the program drew to an end, our hardware and packaging tooling was completed, and we ran several test production runs to dial in quality, while testing these early units in the field. 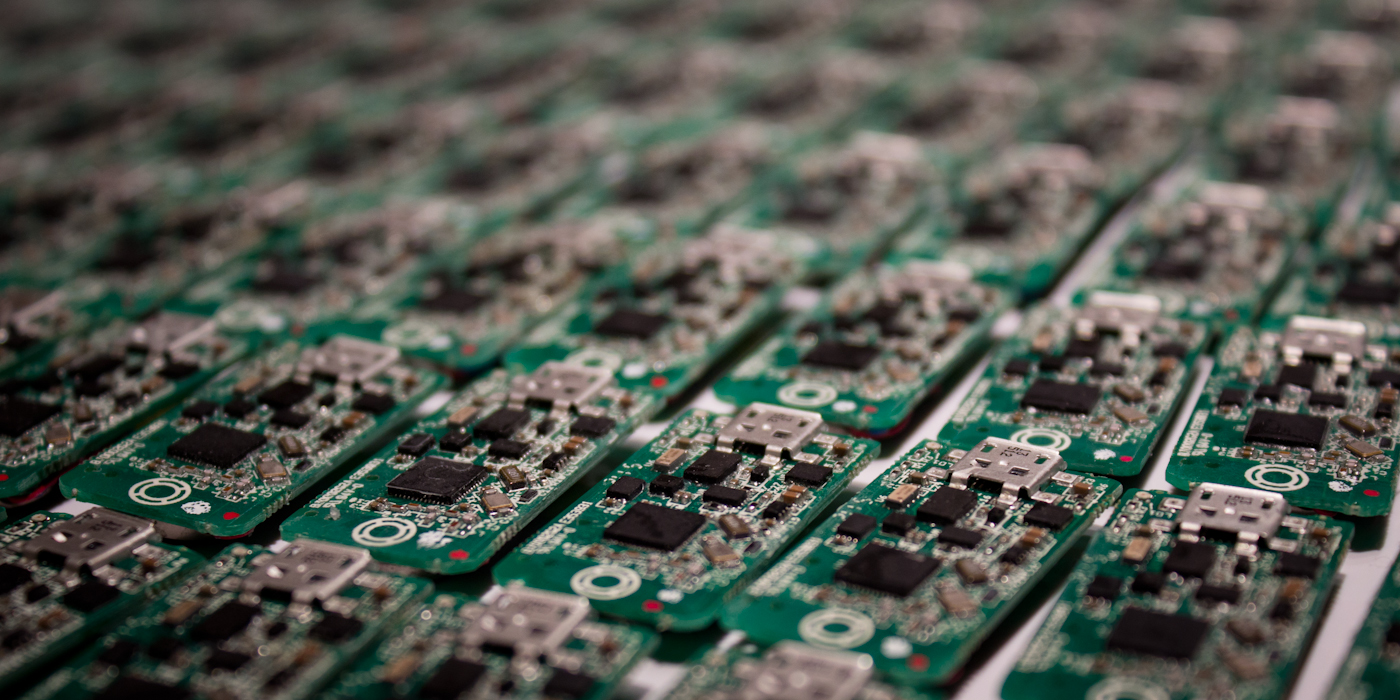 Once we were pleased with production quality, and with all systems operating as intended, we were finally able to ship our first full production run to Kickstarter backers, and start taking new orders. Based on early feedback from the field, we continue to improve and expand our software product. And that’s where we are today as we continue to improve the product, while working to drive sales to a broader audience. We’re still as young and scrappy as we were at the start. And we continue to learn every day, as we work to provide the best possible product to our users. Learn more at joltsensor.com. 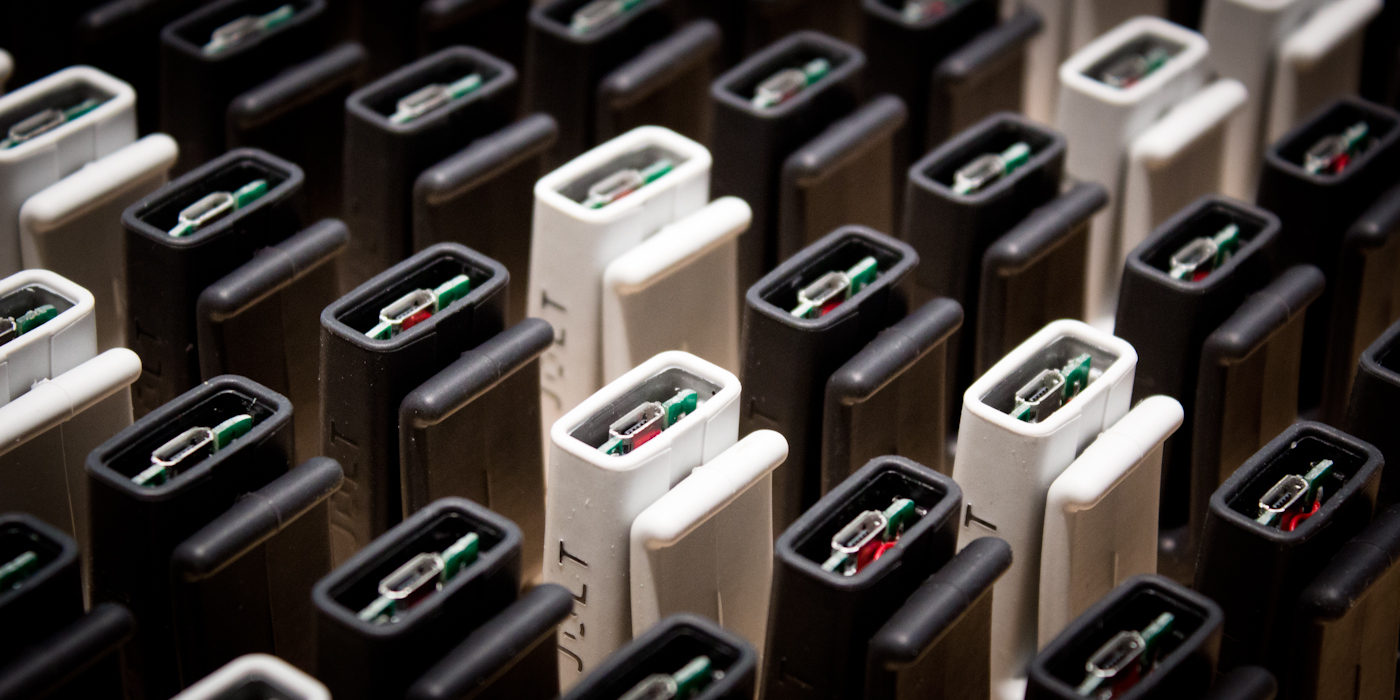 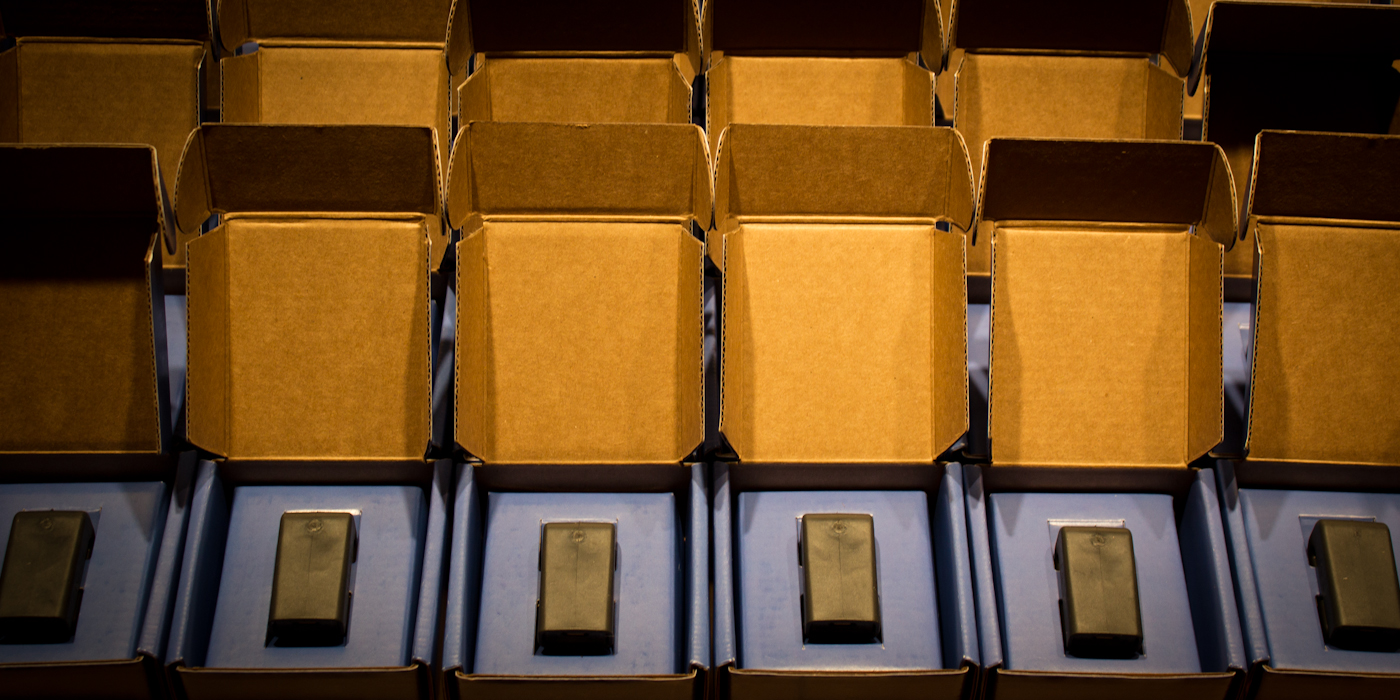